A leading interpreter of the great classical masterworks, violinist Rachel Barton Pine thrills audiences with her dazzling technique, lustrous tone, and emotional honesty. With an infectious joy in music-making and a passion for connecting historical research to performance, Pine transforms audiences’ experiences of classical music.

Pine’s 2019-20 season includes a residency with the Singapore Symphony, as well as performances with the Royal Scottish National and Seattle Baroque Orchestras, and the Tel Aviv Soloists. In recital she will appear at Lincoln Center with Matthew Hagle, and Pine and harpsichordist Jory Vinikour will perform in concerts presented by the National Gallery in Washington D.C. and the San Francisco Early Music Society.

Her November, 2019 Avie recording of the Dvořák and Khachaturian Violin Concertos with the Royal Scottish National Orchestra and conductor Teddy Abrams highlights the influence of each composer’s local ethnic music.

Elizabeth Blumenstock is a concertmaster, soloist, and leader with the Bay Area's Philharmonia Baroque and American Bach Soloists, the International Handel Festival in Goettingen, Germany, and is Artistic Director of the Corona del Mar Baroque Music Festival. She is a member of several chamber ensembles, including the Galax Quartet, Live Oak Baroque, Ensemble Mirable, and Voices of Music. Ms. Blumenstock teaches for the Juilliard Historical Performance program, at the San Francisco Conservatory of Music, and the American Bach Soloists' summer Festival and Academy. She plays a 1660 Andrea Guarneri violin built in Cremona, Italy, on generous loan to her from the Philharmonia Baroque Period Instrument Trust.

Lauded as one of today's probing musical voices, violinist Nancy Zhou is rapidly building an international profile after winning the 2018 Shanghai Isaac Stern Violin Competition. With a robust online presence that seeks to invigorate appreciation for the art and science of the violin, her thoughtful musicianship resonates with a global audience in such a way that brings her on stage with leading orchestras around the world.

Mimi Zweig is currently Professor of Violin at the Jacobs School of Music and Director of the Indiana University String Academy. Since 1972 she has developed pre-college string programs across the United States. She has given master classes and pedagogy workshops in the United States, Mexico, Canada, Israel, Japan, Argentina, Brazil, Bolivia, Chile and Europe. She has produced Mimi Zweig StringPedagogy.com, an innovative web-based teaching tool, which is being accessed worldwide. In the spring of 2006, American Public Television released the Emmy-nominated documentary, Circling Around — The Violin Virtuosi, featuring String Academy students. Her students have won numerous competitions and teach and perform worldwide.

Described as “a tireless force of musical curiosity, skill, and enthusiasm” and “the one to up the ante” (Boston Musical Intelligencer), Sarah Darling enjoys a varied musical career, holding a variety of leading roles in A Far Cry, Musicians of the Old Post Road, Boston Baroque, Les Bostonades, Gut Reaction, and Antico Moderno, also performing with the Boston Early Music Festival, Emmanuel Music, Newton Baroque, Sarasa, the Boston Ballet Orchestra, and the Carmel Bach Festival.

Joan DerHovsepian holds the position of Associate Principal Viola of the Houston Symphony Orchestra and is currently serving as Acting Principal. She joined the viola section of the Houston Symphony in 1999, hired by Christoph Eschenbach, and began serving as Associate Principal in the fall of 2010. Ms. DerHovsepian was Principal Viola of the Charleston Symphony Orchestra for two seasons and played in the Rochester Philharmonic Orchestra. She has appeared as guest principal viola with the Cincinnati Symphony.

Hailed as “an artist who combines a probing, restless intellect with enormous beauty of tone,” Ms. Kashkashians’ work as performing and recording artist and pedagogue has been recognized worldwide. She won the coveted Grammy Award for her recording of Ligeti and Kurtag solo viola works in 2013, and received the George Peabody Medal and Switzerland’s Golden Bow Award for her contributions to music. In 2016, she was elected a Fellow of the American Academy of Arts and Sciences and in 2020, named an Honorary member of the Royal Academy of Music. As soloist, Kashkashian has appeared with the orchestras of Berlin, London, Vienna, Milan, New York and Cleveland in collaboration with Eschenbach, Mehta, Welser-Moest, Kocsis, Dennis Russel Davies, Blomstedt, and Holliger.

Karen Ritscher, praised by the New York Times for her “superior musicianship”, is recognized internationally as a leading pedagogue, soloist and chamber musician. She has also served as principal violist of the Houston Grand Opera, the Dallas Opera, American Composers Orchestra and the Brooklyn Philharmonic. She currently is on the artist faculties of the Manhattan School of Music, New York University’s Steinhardt School and the Chautauqua Institution. She has previously taught at many of the leading conservatories of the United States including the New England Conservatory of Music, Rice University’s Shepherd School of Music and the Oberlin Conservatory. Her former students hold prestigious posts in major orchestras, string quartets, and at universities throughout the world. As a master class clinician and recitalist, she has appeared throughout the United States as well as Canada, Mexico, Spain, Czech Republic, Norway, Sweden, Korea, Taiwan, and China. Her summer residencies have included the Aspen Music Festival, the Heifetz International Institute of Music, Litomisl International Masterclasses in the Czech Republic, and Domaine-Forget in Canada. Since its inception in 2002, she has served on the faculty of the annual “Karen Tuttle Coordination Workshop.”

Phoebe Carrai completed her post graduate studies in Austria with Nikolaus Harnencourt, after receiving her B.M. and M.M. at New England Conservatory. She became a member of Musica Antiqua Köln in 1982, making over 40 recordings for Deutsche Gramophone. Ms. Carrai’s teaching career in historical performance started at the Hillversum Conservatory in the Netherlands and The University of the Arts in Berlin. She is presently on the faculties of The Juilliard School and The Longy School of Music. Along with her solo and chamber music concerts, she directs Harvard Baroque Chamber Orchestra, Baroque Cello Bootcamp and performs regularly with Philharmonia Baroque, The Arcadian Academy, Juilliard Baroque, The Boston Early Music Festival and the Göttingen Festival Orchestra. She shares her love of historical performance at summer courses from Tuscany to the east coast of the US. Ms. Carrai has released recordings of the Bach Solo Cello Suites, a duo recording of Frederich August Kummer, and “Out of Italy” on Avie Records. She has also recorded for Decca, Deutsche Gramophone, Aetme, Telarc and BMG. She plays on an Italian cello from ca. 1690.

Cellist Bonnie Hampton leads an active music life as a chamber musician, soloist and teacher. A founding member of the Naumburg Award-winning Francesco Trio, she has also performed as part of the Hampton-Schwartz Duo with her late husband, pianist Nathan Schwartz. Her solo debut with the San Francisco Symphony Orchestra was followed by appearances with orchestras nationally performing the entire standard repertoire and many of the twentieth century cello concertos.

She has been involved in performances of new music since the beginning of her career. Her contemporary recordings include CDs representing American works, often commissioned and premiered by the Trio and Duo. Ms. Hampton's chamber music guest appearances have included performances with the Juilliard, Guarneri, Cleveland, Mendelssohn, Alexander, Budapest, and Griller String Quartets, and concert tours have taken her to Europe and Asia. 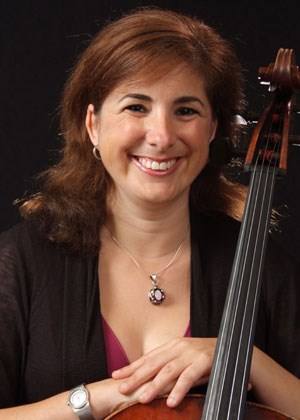 Co-head of the cello department at the Cleveland Institute of Music, Dr. Melissa Kraut is recognized as one of the leading pedagogues of her generation. Having developed and trained some of the outstanding young musicians of today, Dr. Kraut has demonstrated a unique ability to teach all ages and stages of dedicated students, helping them reach their highest potential both at and away from the cello.

Cellist Astrid Schween has gained a rich following and enjoys a varied career as a soloist, chamber artist and teacher. Since joining the Juilliard String Quartet in 2016, she has appeared at many of the world’s great concert halls including Amsterdam’s Concertgebouw, the Vienna Musikverein, Berlin Konzerthaus, Wigmore Hall, Tokyo’s Yamaha Hall, at Lincoln Center, The 92nd Street Y, Ravinia, Tanglewood, the Kennedy Center, and in Hong Kong, Singapore, Greece, China, Spain, Holland, Denmark, Norway and throughout Canada and the US. 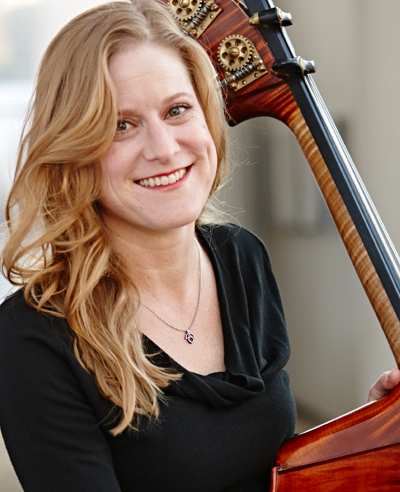 Kristen Bruya joined the Minnesota Orchestra as principal bass in February 2015. Prior to this, she was the assistant principal bass of the Toronto Symphony Orchestra from 2010 through 2014, and a member of Nashville Symphony Orchestra’s bass section from 2006 to 2010. She received an undergraduate degree in music from the University of Michigan, did extended studies at the Cincinnati Conservatory of Music, and received a Master of Music from Rice University. From 2000-2004, she was a member of the New World Symphony in Miami Beach, Fl. Bruya loves collaborating in chamber music and has performed with various groups in the Twin Cities as well as with the Santa Fe Chamber Music Festival from 2013-2015. Bruya teaches privately, and has presented masterclasses at New World Symphony, Northwestern University, Peabody, Indiana University, and the University of Houston, among other schools.

An ex-sprinter and half the size of her double bass, Chi-chi Nwanoku has gained a reputation as one of the finest exponents of her instrument today. The eldest of five children from Nigerian and Irish parents, Chi-chi was seven when she discovered the piano at a neighbour’s. She returned to their house daily to play until the neighbours got so fed up they wheeled the piano up the road and gave it to her! Meanwhile, she was spotted by an athletics coach and trained as a 100-metre sprinter, eventually competing at National level. This career ended abruptly due to a knee injury aged 18, which is when (and why) she took up the double bass and actively pursued a career in music. She studied at the Royal Academy of Music and with Franco Petracchi in Rome, and soon found herself in demand internationally.

Bassist Orin O’Brien has been a member of the New York Philharmonic since 1966, when Leonard Bernstein was the Music Director. Born in Hollywood of actor parents, she received her early musical training in Los Angeles. She studied with Milton Kestenbaum (principal bass of the Pittsburgh Symphony under Fritz Reiner and member of the NBC Symphony under Toscanini), Herman Reinshagen (for many years associate principal of the New York Philharmonic during the time of Mahler and Toscanini, and double bass teacher at the Institute of Musical Art, later to be Juilliard), and continued her studies in New York with Frederick Zimmermann, graduating as a scholarship student from the Juilliard School.

Before joining the New York Philharmonic she was a member of the New York City Ballet Orchestra (1956 to 1966) and during that time also performed with Stokowski’s American Symphony Orchestra (including solo bass in first U.S. performances of Ginastera’s Variations Concertantes), the Metropolitan Opera Orchestra, Musica Aeterna, and many other musical organizations. She has played with the world’s leading conductors and in numerous chamber music festivals, including the Marlboro Music Festival recordings with Pablo Casals.